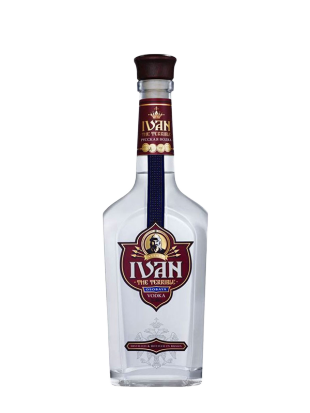 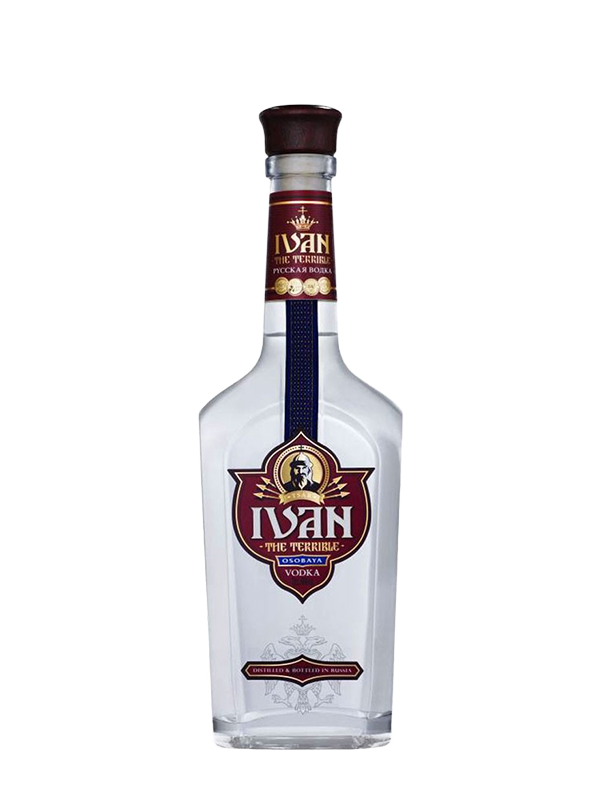 This is a quintessentially Russian luxury vodka, crafted to a 16th century recipe in the unique osobaya style.

Unlike ordinary vodkas, it is neither plain nor flavoured. Its distinctive elegant character comes from delicate infusions of wild buckwheat honey and Siberian cedar nuts blended with the finest grain spirit and natural spring water.

THE TSAR
IVAN THE TERRIBLE vodka is inspired by Ivan IV ("the Terrible"), the most powerful of the Russian Tsars.

The word "Terrible" is an incorrect translation of his nickname "Grozny", meaning "Stern" or "Strict". Ivan, indeed, was terrible to his enemies, including aristocratic opposition and foreign invaders, most of whom he defeated successfully.

He united what was to become 21st century Russia. Ivan was highly intelligent, cultured and had an exquisite taste. He patronised the Muscovy Company, the first English plc, set up to trade with Russia in 1555, and was a big admirer of Elizabeth I.

The Tsar is also known as the world's first VODKA MAGNATE: he reinstated the monopoly for vodka production and opened the first vodka bars in the 16th century Moscow. His harsh governing methods guaranteed the high quality of the national spirit.